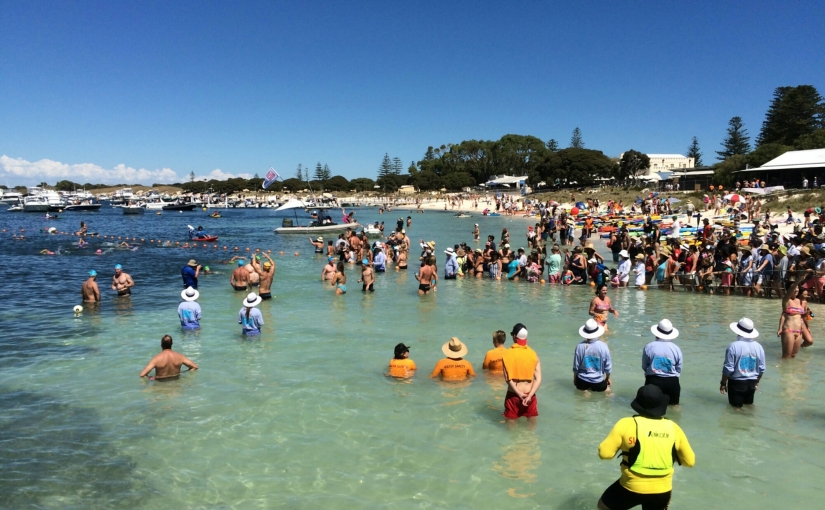 Yesterday I swam my toughest swim yet – the same 19.7km Rottnest Channel Swim in Western Australia (my watch recorded 22.5km with the little bit of zigzagging that I managed along the way).

Prior to this swim my longest was the Taupo 17.5km Epic Epic. A long swim in the sea is very different to the lake. For the first half of the swim it seemed to be me vs the stingers (jellyfish). Coming from NZ I didn’t really know what to expect with the stingers. It seemed that as I got over one sting I’d get another – there was no avoiding them. For the second half of my swim all I could taste was salt (including up my nose!) and I think my ears were a bit blocked up from having a bit of a cold. Those details aside (there’s always pesky things you battle on long swims), I had a good swim.

The water was balmy (probably 4-5c wamer than Wellington at its peak at the moment), first 10km I felt I had a really good pace and went well, 10 km to 17 km were the hard yards where it felt like the swim would never finish and then in the final 3 km I seemed to get some fresh energy (not sure where from). 6.5 hours all up and seemed to be over quite quickly (I wasn’t thinking that in the middle of the swim though!).

The swim might have been solo but what was awesome were the number of people supporting me – from the boat and also back in NZ through Facebook.  My skipper was fantastic and good at telling me when I was swimming off in the wrong direction and my friend who was supporting me was good at making sure I kept fed and hydrated. I was able to swim oblivious to what other boats were doing and all the other event happenings. Then at the end it was awesome to get a full race pack you can show off back home – towel, bag, jersey, personalised medal and t shirt.

It’s weird that it’s all over now, I suppose I’ll need to pick my next challenge. Doing a big swim like this isn’t just about the day (although that’s a big part) but about having a goal to work towards in your training that others get behind and support you in.

I was pretty exhausted for the rest of the day. We opted to do the touristy thing and get a bus around the island before resting up at a local cafe, leaving the pub scene to the impressive number of relay swimmers. 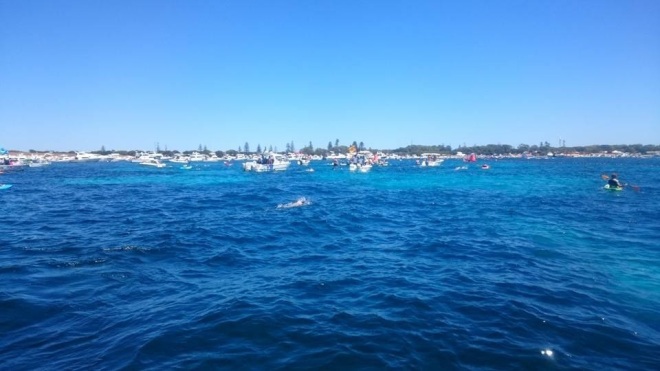 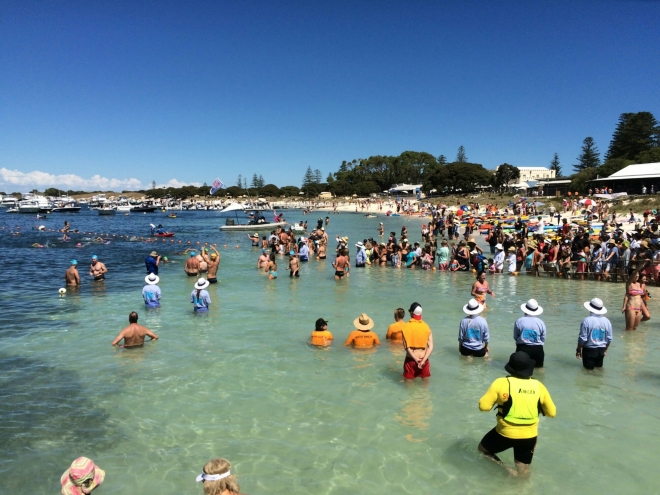